The differents qualitity for Tire Seal 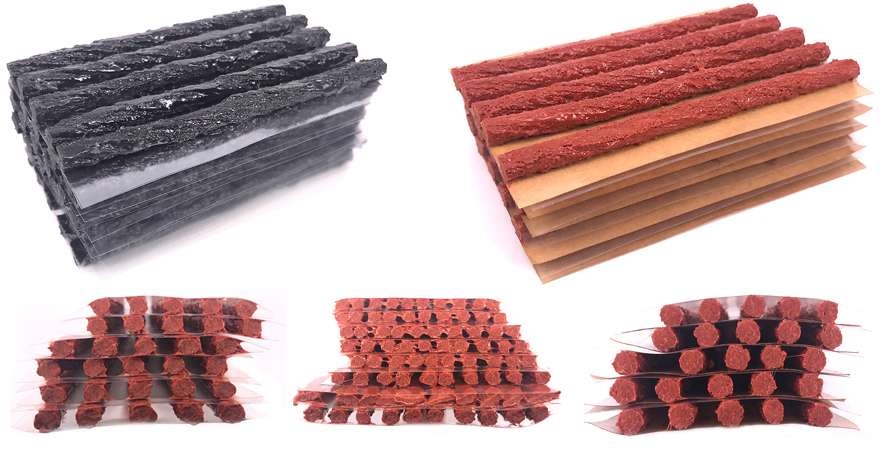 The appearance of the sealant depends largely on the dispersion of the filler in the base adhesive.Filler is a kind of solid powder, after kneading machine, grinding machine, planetary machine dispersion, it can be evenly dispersed in the base rubber to form a fine paste, sometimes according to the nature of the filler itself, do not exclude the existence of a very small number of slight fine particles or sand, this is an acceptable normal phenomenon.If the packing is not well dispersed, there will be a lot of very thick particles.In addition to the dispersion of filler, other factors will also affect the appearance of the product, such as mixed particles, impurities, skin, and so on.These conditions are considered rough.The way to observe the appearance is to print the product out of the package and observe directly, or print the product 1-2g on white paper, fold the paper in half, press it flat and then open it for observation. The term is called "butterfly observation".Coarse grains should be judged when they are found.

Hardness refers to the hardness after the sealant is completely solidified into a rubber body, which is one of the physical and mechanical properties of the product.Hardness is the ability of a material to resist being scratched or pressed into its surface.According to the different methods of measuring hardness, the expression methods of hardness include brinell hardness, rockwell hardness, shaw hardness and so on.The national regulation USES shao's A hardness.The standard hardness value is measured by hardness tester in accordance with gb method.High hardness of sealant, strong rigidity of surface sealant, lack of elasticity and flexibility;Hardness on the contrary, good elasticity and flexibility, rigidity.Therefore, sealant is neither the harder the better, nor the softer the better, but according to the actual needs of a certain range requirements.

Don't look down on that little thing on the tire!

How to maintain the tire valve mouth, and how often to replace?