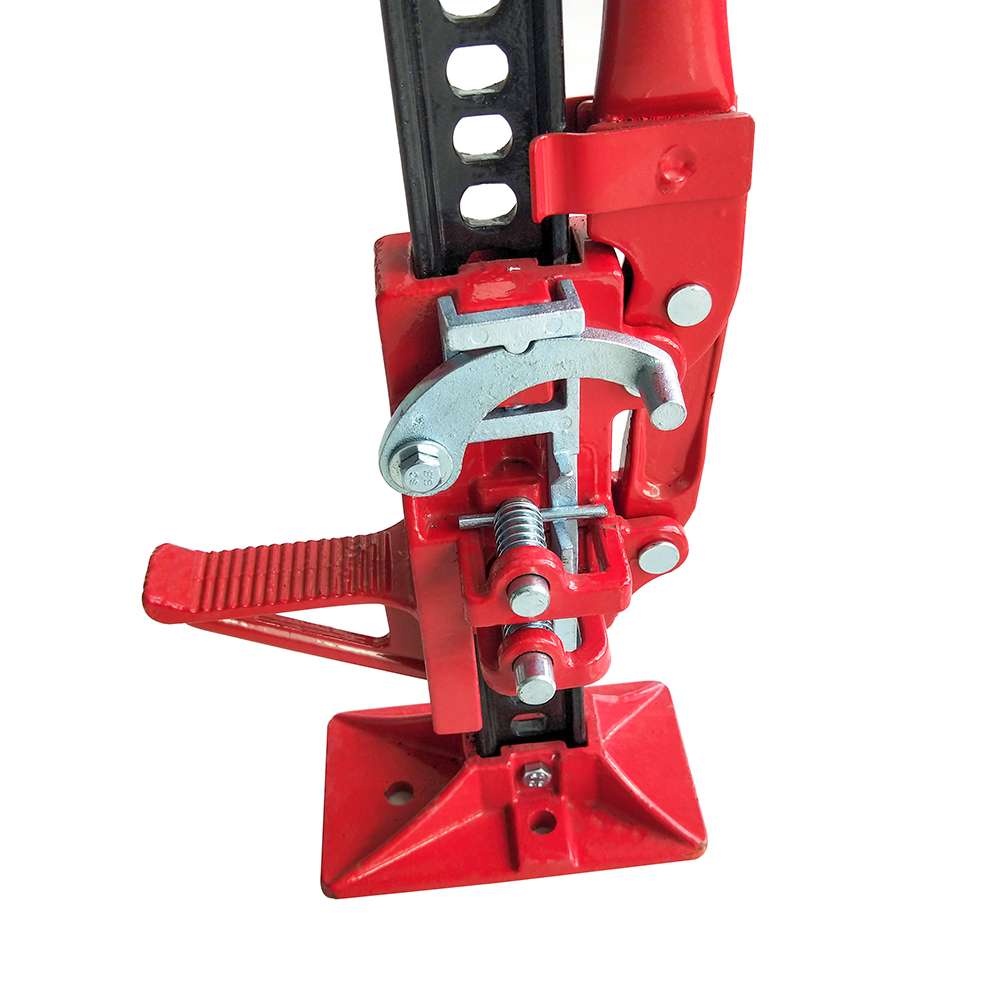 A farm jack is a versatile piece of equipment popular with farmers and off-road enthusiasts. A farm jack, also known as a handyman jack, can be used in a variety of situations, including repairs, removing fence posts and winching duties. Farm jacks are very long, making them extremely useful for tall vehicles such as tractors and rock crawlers. Using a farm jack is not difficult, although caution is necessary to prevent injuries during use.

Slip on a pair of heavy leather work gloves before using your farm jack. Farm jacks range in height from 48 inches to well over 60 inches and have a number of moving parts that can injure exposed skin in an accident.

Set your farm jack down on a stable surface. Muddy or other uneven surfaces can throw your jack off center and make it difficult to use. Your jack will have a small rectangular base that helps to hold it upright, but you can set your jack on a large wooden block to give it more stability while you work.

Turn the knob on your jack so that the lifting portion is free to move up and down, and slide it all the way down toward the base. Move the knob in the opposite direction to engage the jack and allow it to move up as you press down on the handle.

Place your jack under the edge of the object you want to move, making sure to secure it under a stable lifting surface. If you are jacking up a vehicle, slip the jack under the axle. If you are pulling up fence posts, place the jack as close to the center of the post as possible. Lift the handle and press it straight down until you have lifted the object to the desired height.

Stand clear of the object when you are ready to lower it back to the ground. Turn the switch to the down position and lower the jack slowly to the ground by moving the handle up and down in the same motion you did to raise the jack. Lower the jack all the way down and pull it out from under the object once it has come to rest on the ground.

Items you will need

Part 1 of 1: How to replace a valve stem

Wheel weights overview,composition,types,and how to choose

How to protect ourself in the virus time